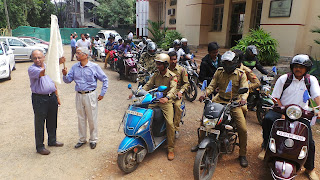 On the way to Kanyakumari the Maitri Bike rally received receptions from:


Thirteen teams from various colleges participated in the event.
Posted by AVCE Blogs at 8:46 AM