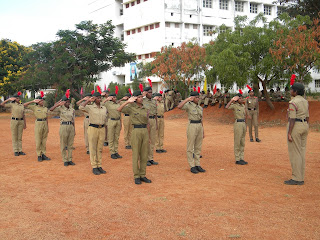 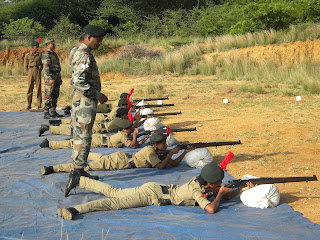 As one might have heard very often, Annai Vailankanni College of Engineering strives not just to make Engineers but to make Engineering Experts. As part of this goal, the institute always strives to educate and train it’s students keeping in mind their future carriers. Being aware of the above-mentioned benefits of NCC, the institute has established NCC for the students in the Campus. And every year the institute invites NCC Battalions to organize camps in association with the institute. This year, the institute invited the 11 (TN) Battalions of Nager Coil to organize and train our young people with the help of Indian Army Officers which was headed by the Commanding Officer, Lieutenant Colonel, Mr. PP Pramod.

They organized the camp in association with Annai Vailankanni College of Engineering from May 22, 2018 through May 31, 2018. Some five hundred students from several Colleges (Arts and Science and Engineering as well) and schools participated in the camp. Several activities like firing practices, weapon drills, yoga, Karate, theory classes on “the first aids during natural disasters” and a theory class on “the importance of English Communication for the betterment of the students’ future” were organized during these ten days of camp. And also, during this camp, sports and cultural events were organized, in order to facilitate the cadets to exhibit their talents and to help them come out of their stage fear and to help them to gain self-esteem and self-confidence. In the sports events, AVCE students won second prize in Volley ball, secured first place in Karate. In other events, four cadets from AVCE were selected for RDC (Republic Day Camp) to be held at New Delhi and one of them was selected for next level firing.

During the closing ceremony of the camp, the winners of sports and cultural events were awarded by the Commanding Officer and two guests speakers from AVCE. These two guest speakers from AVCE, explained the benefits of NCC camps and the benefits of NCC certificates with an engineering degree and encouraged them to grow as good citizens of India and to serve the Nation in whatever way possible. This closing ceremony was well represented by the Army officers, NCC battalions and AVCE staff. In the future, AVCE will continue to train young people to become a good and responsible Indian Citizens by making engineering experts.