The Combined Annual Training Camp of 11(TN) BN NCC was conducted at Annai Vailankanni College of Engineering from 01.06.2017 to 10.06.2017, under the guidance of Lt. Col. P P Promod Kumar, the Commanding Officer. A total of 480 cadets from the Senior Division and Junior Division(both boys and girls)
attended the camp. 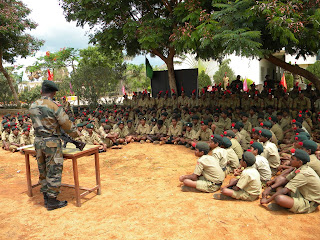 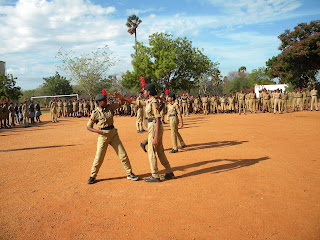 During the ten days, the college campus was vibrant with activities. The cadets were given training in weapon, fire fighting, karate, mass drill and disaster management.They were also motivated regarding the importance of cleanliness and green environment. As part of the programme, tree planting was carried out, Lt Col P P Promod Kumar planted the first sapling followed by the Associate NCC Officers and the cadets. On all evenings cultural programmes
were conducted to enable cadets to exhibit there talents.


The closing address took place at 6.30 PM on 09.06.2017. Lt Col P. P Promod Kumar presided over the function and Mr. D. Peter Jesudhas, Chairman of AVCE was the guest of honour. Dr. S. Chellakumar Rose, Correspondent and Dr. P. Senthil Kumar the Principal of AVCE also participated in the function. Prizes were distributed to the cadets who won in various competitions.