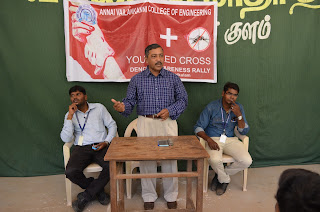 With the aim of combating the deadly disease Dengue, Annai Vailankanni College of Engineering, Kanyakumari and YRC Volunteers organised a special DENGUE AWARENESS CAMPAIGN AND RALLY on 10/10/2017 in South Thamaraikulam. The day volunteers participated enthusiastically, joining hands against the terror of Dengue. Under the guidance of the Civil HOD Mr. Rajiv Gandhi, a special rally was flagged off to spread awareness among the masses about Dengue and its preventive measures. Students did door to door campaigning, advocating the message- ‘We can win against Dengue’. 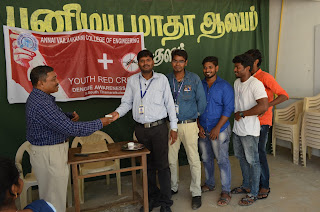 'Nilavembu kudineer' was given to both the village people and students.

I personally thank each and every one who supported me in this program.